I spent the month of January in the Philippines. When I came home, everyone asked, “How was it??” And well. Christ. I’m not going to say “fun.”

My friend/coworker/peer/insert additional role here, Cara Gillespie, called me two weeks before we left and asked if I wanted to make a documentary about human trafficking with an organization there called Wipe Every Tear. Because. Y’know. I am me. I realized only after saying “yes” that I should prooobably run this one by my parents.

It was an incredibly life changing, formative journey and the women I met have changed my life forever. Every woman I met is just, so full. Of life, and love, and faith, and hope. I’ve never felt such a profound sense of inspiration and empowerment. I could honestly go on talking (or rather typing) for dayz, but I thought I’d share an excerpt from something I wrote while I was there.

Disclosure: this is pretty intense.

I think more unsettling than anything else, isn’t the girls being trafficked or the bikinis they wear or the looks of discomfort at living this lifestyle. They at least have a humanity to them. You empathize and wish for so much better for them. They’re the protagonists, the underdog, the rags to riches story. They’re J-Lo in Maid in Manhattan.

But rather what’s most perturbing, is the men who frequent these kinds of places. I’ve been trying to articulate the most accurate description that can portray such revolting human beings. There are a couple types of men. But this is the most obvious/common/definable.

He reminds you of your friend Charlie’s skeevy second uncle who lost his job four times and owns a used car dealership and sells pot out the back lot to high schoolers in hope of seeming ‘cool’ and wears white New Balance sneakers and old, baggy, faded cargo shorts and your grandpa’s ugly striped polo that doesn’t match. His slight to prominent beer belly bulges as he waddles drunkenly down the sidewalk with the stupor of a seasoned alcoholic. You notice the faded tan line where there was once a wedding ring (or three) on his sausage like hands and the receding hair line far too premature for his middle age. He’s a Western, Caucasian male that could never afford to be part of the ritzy country club but claims they’re a bunch of snooty high society Socialists anyways. You see through his eyes; glimpsing a childhood where his dad beat his mom growing up and self fulfills the cyclical pattern of broken, unhappy, desperation. The same cyclical pattern that keeps these girls in poverty and trafficking. You get this uneasy feeling that he’s searching for something more than just a night with an attractive woman.

It’s almost like he’s searching, rather, to fill the void that can compensate for years of failed social skills. You realize he’s there because he’s searching for the attention of the girls, to validate that he’s worth something, he’s worth attention, he’s worth his sad existence. He treats these girls as less than human in an attempt to prove the humanity and humanness of his own self. But then you’re hit (like a train) by this overwhelming sense of pathetic pity. He’s just, sad. And he’s sad to watch. What he lacks more than anything in his life is love. So he tries to find it in the only way he knows. But it also happens to be the easiest way.

You stand, sticky and sweaty from the Manila heat, on the sidewalk and watch with a heavy heart as he stumbles out of the bar with a scantily clad woman. He’s laughing and at first it seems like she’s laughing too. Until you actually stare at her and see she’s not laughing. She’s not even smiling. You feel discomfort for her.

If it doesn’t break your heart, maybe it’s because you’re the one stumbling out of the bar with one of God’s beautiful beloved children who I adamantly just want so much better for.

More than 12,000 women are working in the bars of Angeles City, Philippines. On the flip side, if you think about it, that’s more than 12,000 men frequenting these bars.

I’m staring at those last two sentences waiting for the enormity of it to sink in. Hell, I literally saw all of this first hand and it still can’t completely sink in.

I wish I could change it.

I wish you and I could change the world. 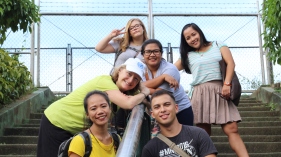 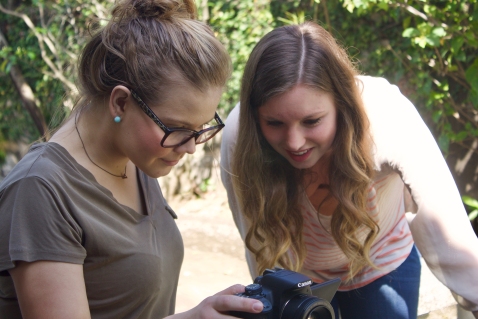